Morita-san will be on a panel at the Foreign Correspondents Club of Japan on March 2 from 11:30 to discuss "Security and Crisis Management in the Megapolis." Here's the brief from the FCCJ:

"Security and Crisis Management in the Megalopolis"

The speech and Q & A will be in Japanese with simultaneous interpretation.

Will life in the city be better tomorrow? Will it be safer? More secure? Urban living and whether large metropolises can meet the needs of their inhabitants are becoming increasingly important subjects for city planners, sociologists and crisis management officials. The root cause of course is explosive population growth.

In 2000, Tokyo was among 18 mega-cities that have populations in excess of 10 million inhabitants. Tokyo's metropolitan area, which encompasses 87 towns, has 35.7 million people, more than the entire population of Canada.

By 2025 there will be 27 mega-cities in the world, and Tokyo, with 36.4 million people in its urban agglomeration, is projected to remain the world's biggest metropolis. Asia alone will have at least 10 hyper-cities. Among them, each having populations exceeding 20 million: Mumbai at 33 million; Shanghai, 27 million; Karachi, 26.5 million, Dhaka, 25 million; and Jakarta, 24.9 million. By 2050, India will have 55 percent of its people in urban centers

This explosion of population impacts almost every aspect of our lives including the air we breathe and water we drink, access to food and energy resources, and availability of housing and schooling. Population growth will increase the risk of terrorist attacks and the spread of killer diseases, there can be big casualties in natural disasters.

The subject of our panel discussion will be the role of government in meeting future challenges of urban living and what risks we face if no political action is taken.

Posted by Bruce Rutledge at 8:25 AM 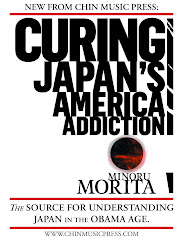